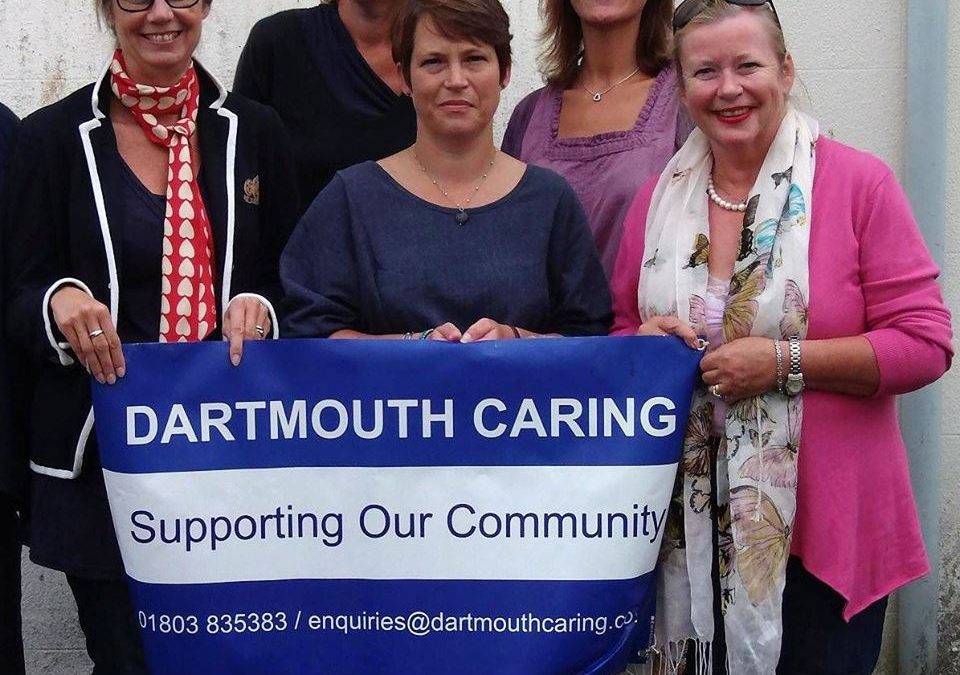 Dartmouth Caring was presented with a Blue Shield Award at an awards ceremony this May. The ceremony was hosted by Torbay and Southern Devon Health and Care NHS Trust and the South Devon Healthcare NHS Foundation Trust, which runs Torbay Hospital.

The event was held at Torquay’s Riviera International Conference Centre and was attended by around 300 people.  Members of staff, volunteers and their guests all attended to hear the winners announced.  The certificates were presented by Mandy Seymour (Chief Executive) and Dr Jon Andrewes (Acting Chair) of Torbay and Southern Devon Health and Care NHS Trust, and Dr John Lowes (Interim Chief Executive) and Sally Taylor (Non-Executive Director) of South Devon Healthcare NHS Foundation Trust.

The Blue Shield awards are designed to give public recognition to the hard work and dedication of people in Torbay and South Devon, whose work helps to improve the lives of users of health and social care services.  Nominations were anonymously submitted by staff, service users, carers, patients and their families; for the teams and individuals who they felt made a real difference in health and social care in Torbay and Southern Devon.  Dartmouth Caring received a Highly Commended in the Team Carers Award category. 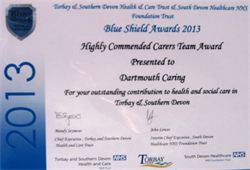 This is the second award Dartmouth Caring has won this year.  In April the charity were awarded the ‘Small is Beautiful’ Award at the inaugural South West Impact Awards.  This award was organised by South West Forum to recognise the work of social purpose organisations in measuring and communicating the difference they make. They are the first awards of their kind in the UK and were presented by Dame Suzi Leather at a reception after the ‘In Pursuit of Happiness’ conference in Bristol. 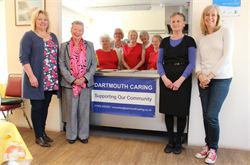 Alison Stocks, Manager and Coordinator of Dartmouth Caring said, ‘we are delighted and overwhelmed to have received these awards, we work very hard with a small group of staff and our dedicated volunteers.

We are dedicated and committed to providing high level quality health and social care to individuals in our local community.  To have our work publicly recognized by both of these organisations means a huge amount to all of us; it really is a great honour.’